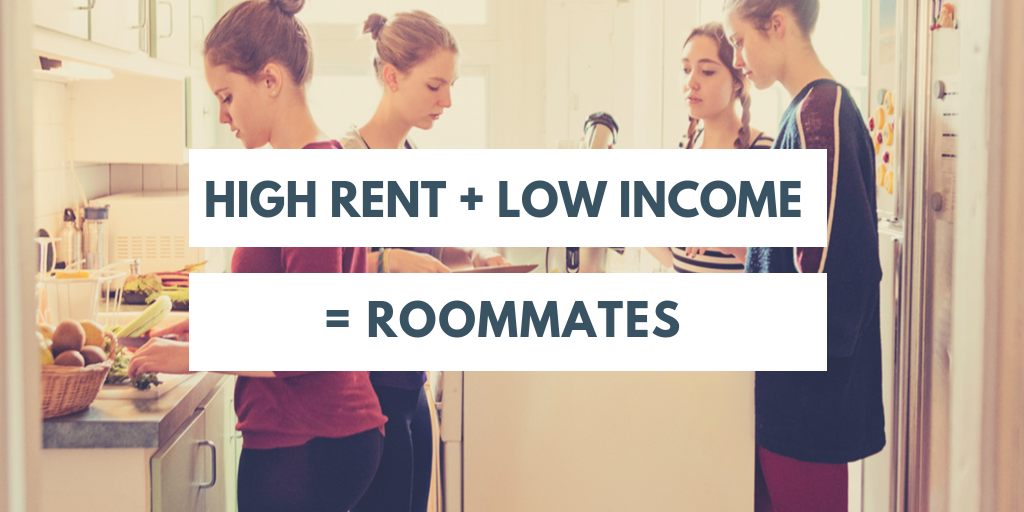 The Census Bureau recently reported that the home ownership rate in the United States is at a 20 year low, dropping to 64% at the end of last year.  This was 1.2 percentage points lower than at the end of 2013.  In addition, the rental vacancy rate during the fourth quarter of 2014 was 7% — 1.2 percentage points lower than the fourth quarter of 2013.

According to Zillow, the U.S. gained more than 770,000 new renters in 2014 and combined with rising rents across the country, created a cumulative amount paid in rent to $441 billion. As rents continue to rise faster than home values in most areas, expectations are for another increase in cumulative rent paid in 2015.

Zillow Chief Economist, Stan Humphries, says that since 2000, rents have grown at twice the pace of income due to weak income growth, burgeoning rental demand and insufficient growth in the supply of rental housing.

In conjunction with these findings, more and more adults are living with roommates because of high rents, high debt and low income. It’s not just millennials that are moving back in with mom and dad. The number of Americans living with roommates or adult family members jumped to more than a third of U.S. adults in 2012. This “doubling up” effect has created real opportunities for rental housing owners and investors.

Over 5 million households have been lost to doubling up which has created a coiled spring effect. According to Humphries, “All of these doubled-up households represent tremendous potential energy for the market. If and when these compressed households begin to unwind and these millions of Americans do start to create their own households, demand will bounce back, possibly even causing household growth to outpace population growth”.

In other words, when these forced roommates make enough money  to move out, the added need for rentals will surge as will home prices because there will suddenly be more demand.

The good news for rental home owners and property investors is that the demand is there and seems as though it will be for some time.