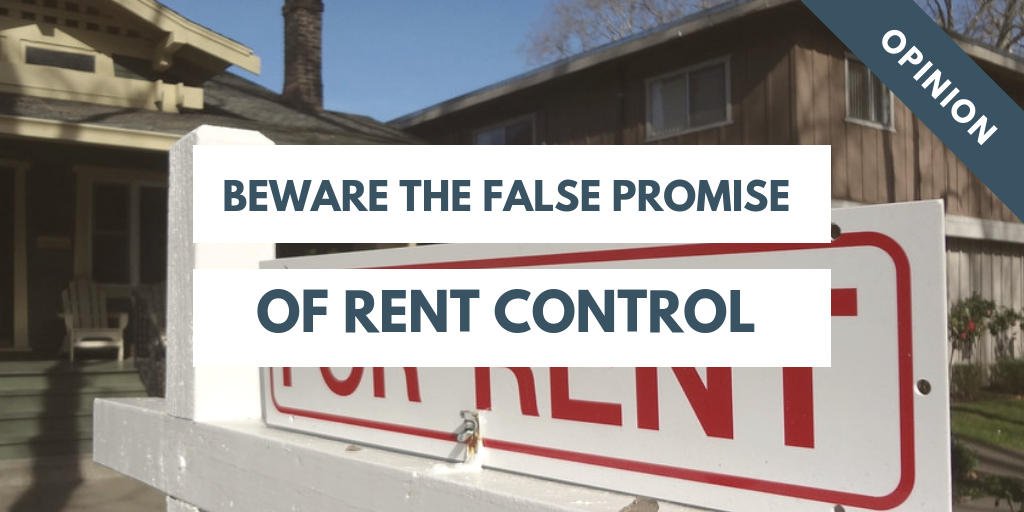 Rent control does not work. That’s one of the most settled issues in economics, one widely accepted across the ideological spectrum. Yet politicians continue to peddle rent control with seemingly willful ignorance.

Oregon is the most recent state to embrace the rent control orthodoxy. The day after rent control prevailed in Oregon, marchers took to the streets in Olympia, demanding that Washington also succumb to a proven policy failure. But Washington should side with settled economic science, not naïve populism.

Rent control’s failure begins and ends with the most basic concept in economics: supply and demand. When politicians slap an artificial squeeze on prices, a shortage results. A lower price means more people want that good while fewer people produce it.

With rent control, that means less housing. Many landlords will either sell their property or put it to a different use. Meanwhile, inadequate housing supply and pressure for rent-controlled units spill out into the uncontrolled market, where prices escalate.

Even rent-controlled units will ultimately face inflated pricing. After all, under most rent control regimes, landlords can still reset the rent at the start of a new lease. Thus, the pricing of rent-controlled units leaps in fits and starts over time. This lack of predictability only makes it harder for tenants to find housing they can afford, encourages landlords to set short lease terms, and wreaks havoc with the housing market.

Because rent-controlled prices are locked into a lease, people tend to stay put longer, which reduces mobility and makes it harder for folks to find new housing when they change jobs or move to a new area. Worse, the people who slip into comfy rent-controlled housing and stay put are often wealthier than the people toughing it out in the open market.

Another bleak outcome of rent control is shoddier housing quality. Landlords saddled with rent control tend to cut back on maintenance to offset the loss and forego improvements because rent control deflates competition.

In short, rent control means homes are shabbier, pricier and harder to find. Yet rent control advocates, rather than face these uncomfortable facts, often resort to blaming landlords or developers for engaging in the exact behavior that economists predicted.

In response to this self-inflicted crisis, cities often double down with more regulations that exacerbate inflation. Thus, when rent control increases the eviction rate because landlords can’t raise the rent until a tenant leaves, the rent controllers slap on eviction limits. When landlords bow out of the rental market, rent controllers slap on fees to replenish a diminishing housing stock. When prices soar, they pump more money into myriad affordable housing programs. Blaming landlords and developers for this predictable spiral is like blaming the sun for climate change.

Proven methods for addressing a housing crisis do exist. Take California, for example, where the legislature commissioned a study to figure out why the Golden State has become so unlivable. The Legislative Analyst’s Office concluded that a primary cause was over-regulation of the housing industry and that the path out was to build more housing. Governor Gavin Newsom has seized this issue, threatening to strip transportation funding to California cities that fail to meet targets for housing construction. Meanwhile, Oregon elects to stumble in a haze of blinkered science denial.

Policymakers in Washington state take heed – of your two neighbors to the south struggling with housing affordability, California is looking for real solutions aimed at more housing, while Oregon chases the failed orthodoxy of regulation and restriction. Science makes it clear which path Washington should follow.