The bill would prohibit landlords that allow pets from charging tenants extra for them. 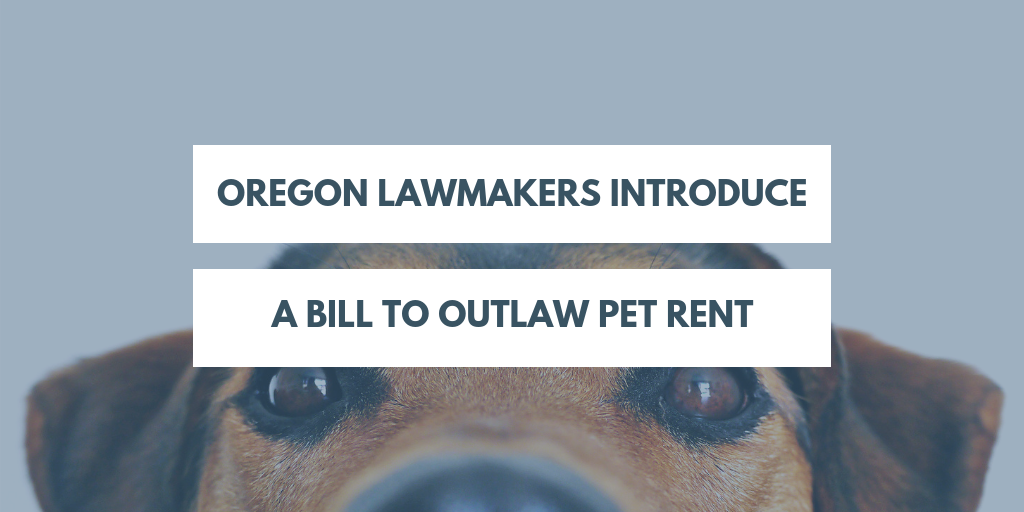 Fido and Fluffy don’t have money. Soon, they may not have to pay rent.

Extra monthly fees for tenants with pets could be eradicated in Oregon under a new bill introduced in the Legislature.

“I understand the importance of deposits to account for possible tenant pet damage,” she says, “but pet rent unfairly increases a tenant’s cost to rent without any causal relationship to the impact that their pet may or may not have on the premises. Pet rent simply penalizes pet ownership by charging a premium to those tenants, and can be exorbitant—more than a few hundred dollars a year.”

That’s similar to the argument WW made late last year in our roundup of civic complaints:“Pet rent is just a surcharge with a new, serious-sounding name, tacked on because landlords know people with pets are desperate and willing to pay. Adding 50 bucks each month or my feline has to go feral? That’s basically blackmail.”

If accepted, House Bill 2683 “prohibits landlords that allow pets from charging tenants additional rent or fees based on possession of pets.”

The bill is the latest addition to an ambitious legislative agenda to keep rents from spiking further. As WW reported earlier this month, proposals for rent control and the elimination of single-family zoning in Oregon also appear set to move through the Legislature.

Nosse, the bill’s chief sponsor, could not immediately be reached for comment.